In November, two ICCA trainers visited Warsaw to provide advocacy training to 12 participants. The training coincided with the commemoration for HH George Dobry QC CBE which took place on 8 November.

The training was delivered over a period of one and a half days at the offices of a law firm in Warsaw. Participants attended both from the host firm as well as outside firms. Most participants were quite junior, but one participant was more senior. 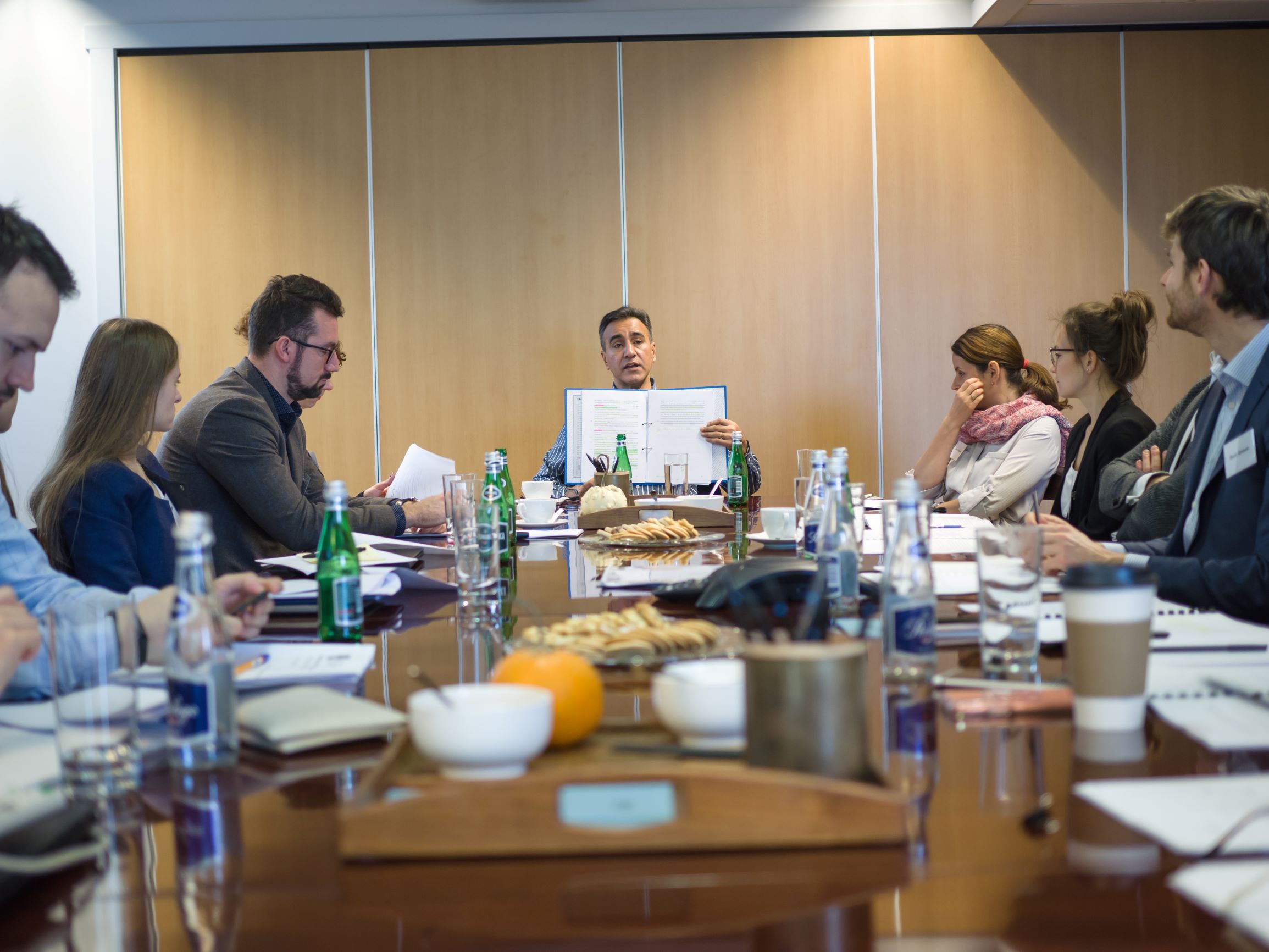 The plenary sessions dealt with case analysis/preparation and ethics. These were mostly led by the lead trainer, although the second trainer led a discussion on written advocacy.
The participants appeared to respond positively to the sessions even though the domestic legal system in Poland does not provide for the same type of witness handling as was being dealt with in the training.

Save for the one participant who was a Polish lawyer with many years’ experience of practice in Poland, the trainers were more experienced generally than the participants, and were able to impart the lessons of that experience in advocacy and case analysis in much the same way as in a course in England and Wales aimed at more junior members of the practising Bar.

Because court advocacy is less practised for lawyers in the Polish jurisdiction than it is for members of the Bar of England and Wales, even the relatively more experienced participants from Poland had less experience of advocacy (particularly witness handling) than the trainers, especially the lead trainer.

To some extent, the methods of challenging witness evidence taught are not fully applicable to the Polish domestic legal system, but some of the underlying techniques may be adapted to that system by those with knowledge of the Polish system, and the cross-examination skills are directly applicable to international arbitration work.

Benefit of training to the participants

The participants benefit by exposure to and learning about a different system to their domestic legal system and the techniques commonly employed in that system, some of which might, with some adaptation, be used in their domestic legal system, by the teaching of trained trainers generally (i.e. in the same way in which participants from the Bar of England and Wales benefit), and by training in a form of advocacy which is prevalent in international arbitration work.

Benefit of the training to the rule of law

Demonstrating to members of a legal profession techniques for the robust challenge of evidence in a jurisdiction where the rules of procedure and legal traditions do not facilitate and encourage such challenges to the same extent as in England and Wales will allow the members of that profession to understand the extent to which a legal system can allow for intensive scrutiny of evidence presented. The more that members of a given legal profession understand what is possible in a developed legal system by way of scrutiny, the more that members of that profession are likely to support and encourage changes to their domestic system to permit a similar level of scrutiny of evidence there.

Because more thorough scrutiny of evidence is likely to lead to outcomes in contested legal proceedings that more accurately reflect the truth of the matter to which those proceedings relate, encouragement of the adoption of rules that permit more thorough scrutiny will tend to promote the rule of law in that, all other things being equal, the greater the extent to which the outcomes of contested legal proceedings reflect the truth of such facts as are contested, the greater the extent to which the rule of law will prevail.

Further, even without any amendments to the domestic legal system, by understanding the methods of challenging witnesses that can be employed in the English and Welsh jurisdiction, and in international arbitration, participants can devise ways of adapting at least some of those techniques to the domestic legal system and propagating those adapted techniques within Poland and to other jurisdictions with similar systems to Poland by providing training themselves. In so far as these techniques and skills will increase the effective scrutiny of evidence put before courts, this too is likely to enhance the extent to which the rule of law prevails.